The weight of my work is in creating videos in Advertising and Marketing – commercials, corporate videos, capital campaign videos etc. The wonderful thing about Clark Creative is that we also get involved with many local arts and nonprofit organizations, including The Bemis Center for Contemporary Art, The BLUEBARN Theater, KANEKO, Omaha Performing Arts, and Opera Omaha.  Because of this, I always feel that my work is going for worthwhile causes.

In 2005, artist Jun Kaneko approached Fred Clark, the owner of Clark Creative Group, and me to seek our help in creating video animations for his upcoming opera production of Madama Butterfly done in collaboration with Opera Omaha. It seemed like a fun project, one that landed outside our usual territories.  Jun was very organized and specific about his needs, so the job was more about bringing his visions to fruition than creating something from scratch. The experience turned out to be a great success. When Kaneko was asked to design the production of Fidelio for Opera Philadelphia in 2008 and a production of The Magic Flute for the San Francisco Opera in 2012, he graciously brought Clark Creative Group along for the ride.

My whole role in all 3 opera productions was to provide background animations that were projected during the performances. Each opera production seemed to get a little more complex, culminating with The Magic Flute which contained a total of 9 screens using over 11 hours of animation for each performance.  For The Magic Flute, I animated in video what Jun does with the art. Using a program called Adobe: After Effects, I recreated the drip art and lines that Jun had created and animated them according to his storyboard.

The equally difficult challenge came in delivering the files. During the live performance, all of the animations must be cue-able to the score; the tempo can change drastically from night-to-night.  This entailed a ton of planning and cooperation between the opera technical staff and myself.  I ended up learning how to follow an opera score and timing my animations to that score, making sure that my animations were able to be looped and allow for correct cueing.  Difficult enough for one screen, but we were working on up to 5 screens at one time.  All of those screens had to stay in sync.  It was a challenge to say the least.  I leaned on my editing partner Mark Grossardt and after many long nights, we delivered The Magic Flute animations to the San Francisco Opera. One of my proudest moments was when the crew in San Francisco asked if I could bring two or three of my crew members out there.  Little did they know it was only two of us working on the entire production.

Kevin Reiner grew up in a tight-knit family in Omaha, NE. After graduating from Omaha Creighton Prep, Kevin went on to graduate with a Bachelor of Arts in Broadcast Journalism from the University of Nebraska-Lincoln.

In 2000, he was hired by Clark Creative Group as their video editor. With the use of books, online user groups, and trial-and-error, Kevin taught himself the art of editing.  Kevin’s loves in his life include all types of music (indie, pop, punk, folk, alt, alt-county, classical, ska etc.), film (Coen brothers being the favorite), and food (cooking and eating).  Kevin states the most important aspect in his life to be family, his wonderful wife, Kim, and their two kids, Henry and Charlotte.  “They keep me going.”

Kevin’s work can be seen in April 2015 when Opera Omaha presents the Jun Kaneko production of Fidelio.   www.operaomaha.org/operas/fidelio 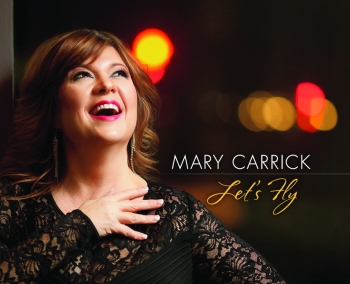 Mary’s Story
I grew up in a small Iowa town. My mother is a pianist, and my great grandmother, who lived with us for a time, was too. Piano filled the house. My parents were in the restaurant business and when I was very small we lived in an apartment upstairs. I’d sit on top of the bar while live music played in the lounge. I began Suzuki violin in kindergarten and later added other instruments. I discovered my voice in my teens and I knew I just had to sing.

I earned my vocal performance degree with the goal of being an opera singer. A month before I was to begin grad school I took what would become a seven-year detour and I stopped singing. It’s one of my greatest regrets. Looking back, I think I was meant to veer off course so eventually I could better find my way.

A few years after I married and moved to Omaha my husband encouraged me to audition for Opera Omaha. I landed a spot on the chorus roster and met singers, actors, and other artists in our community. I was home.

Today, I still sing with the company. Yet, I’ve never wanted to be classified as one type of a singer or be rooted in a single genre. I’ve found a niche as a cabaret singer and I perform across the Midwest. I’m drawn to cabaret because of the intimate connection with the audience and the artistic freedom that comes with this style of performance. There are no rules, no confines. I give life to the song as I see it.

Singing is about communicating the human experience in the given moment—revealing strength, weakness, vulnerability, joy, regret, raw emotion, and everything under the sun. It means finding the truth within me so I can tell the story with honesty.

“Singing is about communicating the human experience in the given moment—revealing strength, weakness, vulnerability, joy, regret, raw emotion, and everything under the sun.”

In recent years I’ve reignited my drive to see where my career will take me. I’ve recommitted to intense study and to exploring ranges and vocal colors I didn’t know I had. I find the preparation as rewarding as the performance itself and that embracing new challenges fearlessly with my arms wide open is what I need to stretch and grow. Nearly 18 months ago, I took a leap into the unknown to begin recording my first solo album, Let’s Fly, a collaboration with J. Gawf of Opera Omaha, my vocal coach, mentor, and friend.

It’s taken me years to realize that what I have to offer as an artist is enough – a voice, heart and soul that are uniquely mine.  And I’m grateful that I’m finally finding my way.

About Mary
Mary Carrick is a vocalist who is equally at home with cabaret, musical theater, opera, jazz, art song, contemporary musical styles, and as a stage actor. She released her debut album Let’s Fly in May 2014, a collection of reimagined classic and contemporary songs co-produced with J. Gawf, resident music director of Opera Omaha. Mary tours the Midwest as a singer and has performed across the Omaha community with Opera Omaha, the Omaha Symphony, Rose Theater, Omaha Community Playhouse, along with other theaters and for many events. She made her Chicago cabaret debut in 2012, was a participant in the 2013 Midwest Cabaret Conference (Chicago), and has studied with Tony award-winning singer and actress, Betty Buckley. In 2013 she received the Omaha Entertainment & Arts Award (OEA) for Best Supporting Actress-Musical and has been honored with several Theater Arts Guild Awards and numerous award nominations for her work. She is a Touring Artist with the Nebraska Arts Council. Mary will sing the role of “Giovanna” in Opera Omaha’s 2014-2015 season opening production of RIGOLETTO.

Hal’s Story
I’ve had the good fortune to make my living as an opera conductor working in the United States and abroad for the past 34 years. A number of those years have been in Nebraska that I now call home.

My path to a life in the arts began with the support of my parents who provided me, and my sisters with a secure home, a good education and the privilege to pursue our dreams. My dad began as a music teacher in elementary schools and later became a superintendent of schools in New Jersey. My mom was an amateur singer who sang alto in local choral groups. My sisters and I lived in a house that was filled with music. Growing up, my passion was for sports!

That changed at 18 when Margaretha Wolff, my piano teacher, opened the doors of a “purposeful” life for me with the suggestion that I was musical. I didn’t know where it would lead, but from that point on I pursued music with everything I had.

My love of opera began while playing rehearsals in a small theater in Colorado. At the piano I could pour my energy into the music, theater and people energy of the group! It had an attraction similar to the one that drew me to sports, but came together through works of imagination, creativity, culture, humanity and fun instead of competition. Anyway, it was a winner for me!

It was opera that brought me to Nebraska in 1985 when Artistic Director John Demain invited me to guest conduct Opera Omaha. This began a long and happy relationship with that company and the arts in Nebraska. I served as Artistic Director of the company from 1995 to 2005 and during that time had some of my most satisfying professional experiences.

My Nebraska relationships continue to grow with non-profit organizations, schools and individuals working to “open doors” for people of all ages and backgrounds through the arts and humanities. Engagement with music, art, literature and theater provides balance and perspective and develops 21st century skill sets in future leaders and community members.

I recently had the opportunity to join in a partnership event of the Omaha Conservatory of Music and the Omaha Symphony at the Holland Performing Arts Center. 350 pre-school children from the OCM Violin Sprouts Program in North and South Omaha played with the Symphony. This quote by American composer Aaron Copland was also part of the evening’s reflections: “As long as the human spirit thrives on this planet, music in some living form will accompany and sustain it and give it expressive meaning.” That night the spirits of music and partnership were present in “living form.” What a privilege to make one’s livelihood involved in such moments!

About Hal
During a thirty four-year conducting career, Hal France has led organizations and performed with opera companies and symphony orchestras around the US and 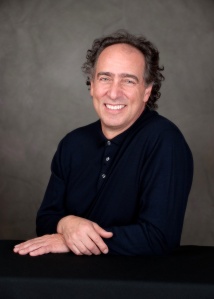 While in Nebraska he works with students at UNO’s Op Shop and conducts education programs for the Omaha Symphony and Omaha Chamber Music Society. He offers classes to the community including Opera Then and Now and Orchestra In and Out at UNO and For the Love of It: Opera Series at Joslyn Castle. This summer he performs in the Blue Barn 33 Variations, joins Omaha Performing Arts as Music Director of the High School Musical Theater Awards Showcase and plays a supporting role with the Sovereign Native Youth Leadership Camp of the Nebraska Commission on Indian Affairs. Next season he joins Jill Anderson for the Literary Festival on Bram Stoker at Joslyn Castle, the Omaha Conservatory of Music for the Inside the Mind of the Artist Series of Coffee Chats and Showboat for the Portland Opera. 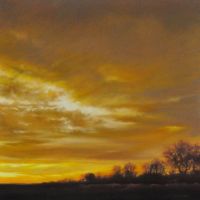