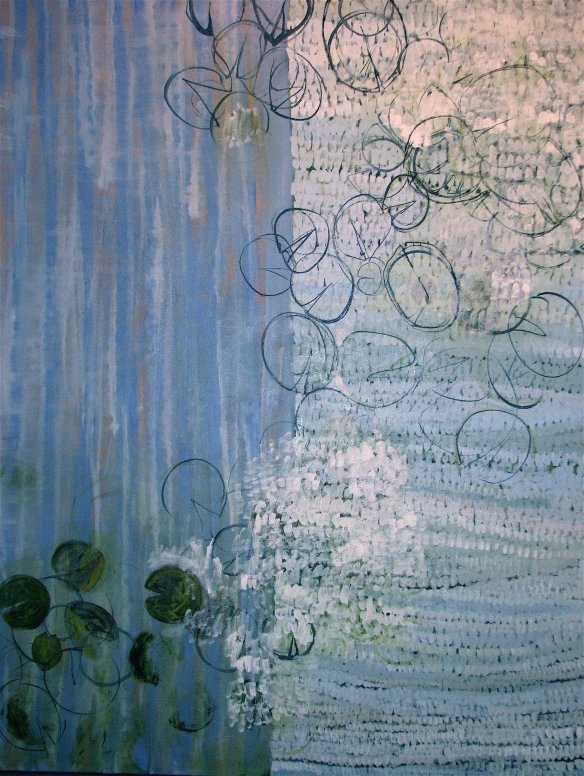 Christina’s Story
My mother worked full-time as a nurse, but she was also a very talented artist. She always had a little studio in the house. I was attracted to that from an early age. She was my mentor from the very beginning. I grew up on Long Island, next to the woods and the Long Island Sound. Mom would take me to MoMa on Sundays. I have always been exposed to the arts.

When I was about 9, she gave me a choice and asked if I want to go horseback riding or take ceramic lessons, and I chose ceramics. I took lessons with Lillian Dodson, a wonderful woman, and as I grew into young teenager I helped her in the studio in exchange for lessons. My original pursuit was ceramics.

Then I went off to college in Vermont for a couple years and my professor thought that if pottery was what I wanted to pursue, I should go to the New York State College of Ceramics at Alfred University. When I got there in the 1980s, contemporary art was changing, as it always does, and was very installation and multi-media based. My studio was in the painting department. I realized my work lent itself to painting where I could explore form there. I have been painting ever since.

IIn 1985 my fiancé and I came to Nebraska for a residency at the Bemis Center for Contemporary Art and I have made Omaha my permanent home ever since. Living on a sailboat on and off for 8 years I have always considered Nebraska to be my anchor. I’ve always believed in the arts here, and have seen the explosion of culture. And that’s one of the reasons I’ve stayed. This is a place where if you want to go and be involved in something you can, whereas in larger cities it’s difficult. There’s opportunity here. This is the land of space and time. And time, in our culture especially, equates to more freedom. And freedom equates to more time for the creative mind.

In my work, there’s always been this connection with nature and water. When I became ill in 2006, there was this shift and my whole life changed. A lot of my work today—although it still has a basis in nature and botany and oceanography and science—has a spiritual nature to it in the sense that there is a connection about how we as humans in so many ways disconnect ourselves with the world and universe. My work attempts to give us the opportunity to contemplate our connection to the rest of the universe and our environment. And there is such similarity between the ocean horizon and Nebraska prairie horizon where land meets the great sky. That’s why there’s a landscape painting tradition in Nebraska. Our relationship with nature is very strong. Through my work, I hope some people have a greater connection to our environment.

Through my work, I hope some people have a greater connection to our environment.

About Christina
Christina Narwicz bases much of her work on the natural world. Although often abstracted, the painter’s organic themes clearly reference botany, the Caribbean Islands, the constantly changing environment as well as her own garden. Narwicz has exhibited nationally and internationally in both solo and group shows at venues such as Artemesia Gallery (Chicago, IL), Galerie Shulgasse (Wurzburg, Germany), Garden of the Zodiac Gallery (Omaha, NE), among others. Her paintings have been featured in publications such as Metropolitan Home, Omaha Magazine, The Briar Cliff Review and The Omaha World Herald. Awarded Artist-in-Residence at the Bemis Center for Contemporary Arts in Omaha, Nebraska, she has received grants from the National Endowment for the Arts and the Mid-America Arts Alliance as well as three individual Artist Fellowship awards from the Nebraska Arts Council. Narwicz earned her BFA from Alfred University, New York State College of Ceramics and currently lives in Omaha, Nebraska. Narwicz was nominated for the 2013 Joan Mitchell Foundation award.